Adoption of Technology at the Olympic games: From the Wheel to Virtual Reality 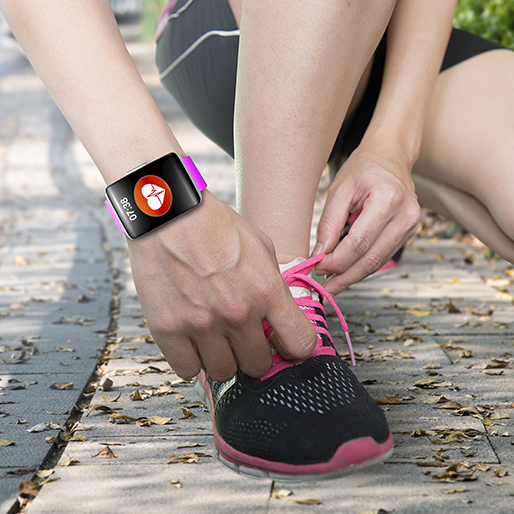 The official motto of the Olympic games aspires to greatness. And is embodied in the creed of the athletes who compete to enshrine their name in sports history. The Olympics are the pinnacle of sporting performance. Athletes train years in training for the precious seconds that stand between them and their goals. Few succeed while others go back to the drawing board to train for the next games.

Hard work, grit, and determination are the qualities that define all Olympic athletes. Every year athletes and their coaching staff pore over years of performance data to tweak their training schedules and perfect their strategies. The adoption of radical new technologies has reduced the guesswork from predictive analytics, allowing athletes to radically improve their performance.

This is how new-age technologies are changing different Olympic sports:

Fast as a Bolt

The Jamaican athlete, Usain Bolt, has achieved internet ubiquity as being the fastest man alive. He is the closest human beings can get to superhuman speeds, for now. He competed in the 2016 Rio Olympics and won the gold medal with a time of 9.81 seconds.

Have you ever wondered how the official Olympic timekeepers were able to capture his time to the thousandth of a second?

The starting block on which athletes rest their legs before the start of the race is connected to a clock. This clock is also connected to the starting gun. At the start of the race, the clock registers the force on the starting block and the sound from the gun and begins the countdown. The finish line has a thin laser moving from one end to the other. When the athlete crosses the line, it disrupts the laser triggering an electric current that stops the clock.

The official clock employed at the Olympic games uses the technology of atomic clocks. An instrument that was first introduced in 2012, this clock can resolve time to the one-millionth of a second.

The application of sensors on body suits and the use of wearable technology has transformed Olympic sports. These wearables measure a variety of metrics for vital statistics like heart rate, speed, electrolyte balance, etc.

Wearables allow athletes and coaches to look at real-time data on body stress and efficiently track fatigue. Training without adequate rest can result in injuries that will prematurely end the dream of the athlete to compete in the Olympic games.

Wearables played an important role in the 2022 Tokyo Olympics as well. Monitoring the data from the wearables helped the Olympic committee protect athletes and the Olympic games staff from the Coronavirus infections during the time. 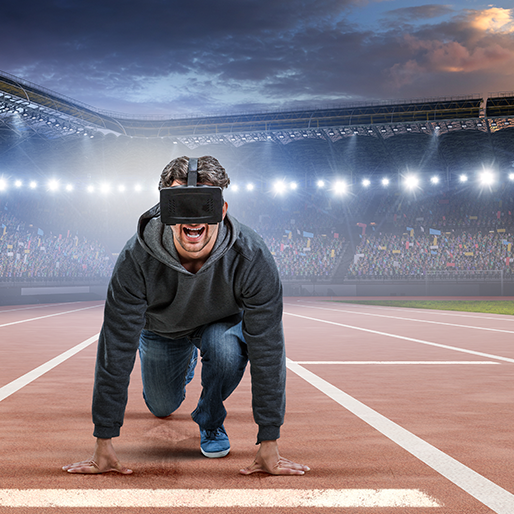 In 2018, due to logistical reasons, the US Ski team could not practice on the slope for the winter Olympics. The team implemented training methods based on Virtual Reality (VR). Athletes used a 3D rendering of the track and with the help of haptic controllers, they were able to train for the course without the need to travel to South Korea.

Augmented Reality (AR) is an example of how technology has positively changed the Olympic games. Increased 5G connectivity allowed fans of the sports to watch the action unfolding in real-time.  During the last winter Olympic games held in Beijing in 2022, viewers were able to watch their favourite sport from multiple angles. Thanks to the various sensors present on the field, viewers were able to track the real-time biometrics of their favorite athletes. Thereby, allowing fans to appreciate the minutiae behind victories.

Robots at the Olympics

What might sound like the title of a cyberpunk movie is today a reality. Due to the Coronavirus-induced lockdown at the Tokyo Olympics, the International Olympic Committee deployed robots to help athletes and guests. The two mascots of the Tokyo Olympics, Miraitowa and Someity, had in-built sensors to greet and interact with guests who visited the games.

Robots were deployed on the field to help with retrieving javelins, shot puts, and other projectiles that were thrown by the athletes. To improve the guest experience, Toyota corporation had designed and developed robots that assist disabled guests to their seats. These robots also assisted in serving food and drinks to guests who were present in the stadium.

The T-TR1 is another robot that has been developed by the Toyota Research Institute and brings the viewer closer to the action. This telepresence robot has a large life-size screen atop which rests a 360-degree camera. The camera and the projection screen help the viewer feel that they are physically present in the location. This robot will allow fans to interact on-screen with viewers from around the world.

In the near future, fans will be able to experience the live excitement of a sports stadium and interact with fans from the comfort of their home.

The Toyota Research Institute also developed the T-HR3 which used haptic sensors to allow viewers to interact with the athletes in real-time during the Olympic games. These technologies help reduce the distance between players and the viewer.

The Future of Technology in the Olympic Games 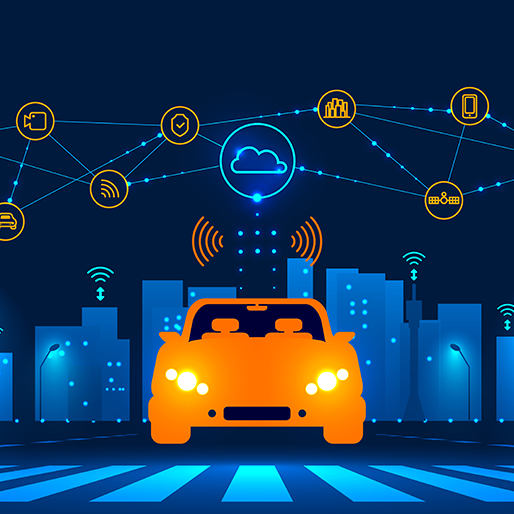 In the near future, you will be able to watch the holographic image of your favourite athlete competing in their sport. Imagine watching firsthand, the breathtaking speed of Micheal Phelps’ strokes, or feeling the raw power behind a punch thrown by Mary Kom.

Improved Internet of Things (IoT) connectivity will lead to services that can improve the experience of both players and guests. Self-driving cars connected to the cloud could ferry passengers around game venues reducing the carbon footprint of the games.

Haptic suits enabled with Augmented Reality headgears will allow athletes to immerse themselves in training exercises and receive real-time feedback on their performance.

Increased 5G connectivity will also see the emergence of Electronic Sports as an Olympic sport. This future USD 2 billion industry has the potential to bring new viewers to the Olympic games.

The rise of OTT and on-demand video platforms have seen the emergence of a new breed of Olympic sports viewers. Leveraging the data generated from the previous games will enable service providers to create engaging content pieces geared towards GenZ and Millenials.

Technology Careers in the Olympic Games

The massive volumes of data generated during the Olympics games require the expertise of data analysts to draw meaningful conclusions for athletes and management.

Data analysts process the raw data extracted from various sources. The analysts then write a machine learning algorithm that can identify patterns in the data. This could be as simple as helping a badminton athlete understand how different degrees of flexion of their wrists can impact their serves. Or, it could be something game-changing as bringing introducing a new game to the Olympics.

To achieve this degree of expertise in training machine learning models, a data analyst should have experience in working with various datasets.

Skill-Lync’s PG Program in Data Science is a 24-month mentor-led career course. This course has been designed with input from industry experts and offers training from subject matter experts. The reason why over 15,000 learners trust Skill-Lync’s programs are due to our unique project-based learning approach.

During the program, learners will work on projects that simulate industry problems allowing them to develop pertinent skills required by organizations like the International Olympic Committee.

The Olympic games are a place where countless dreams are realized. If you are an aspiring data professional who loves sports, the world is indeed your oyster.

Leave your mark on history by helping Olympic athletes achieve their dreams.