Skill-Lync is changing the Status-quo #sKillthebias 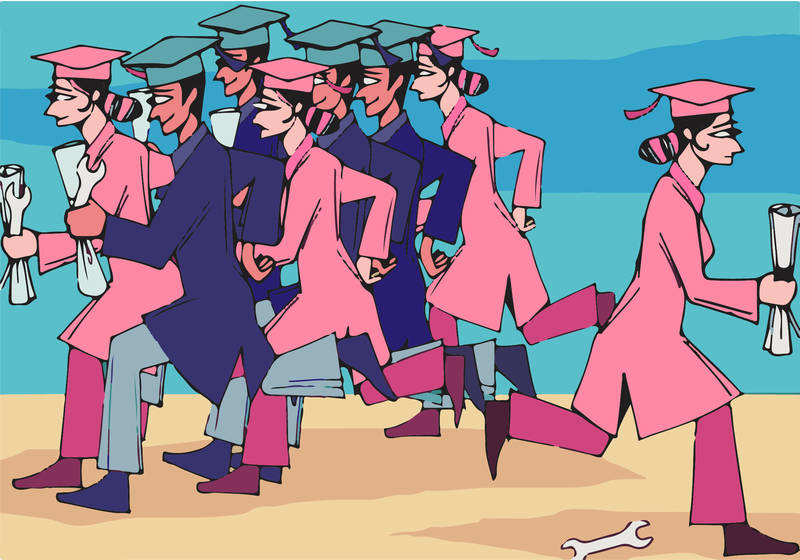 Women represent only 14.5% of the engineering workforce in India.

To put that in raw numbers there are only 39,200 engineers who are female. This is a systemic and cultural issue that needs to be addressed if India needs to accept her mandate as a major economic power in 21’st century.

The glass ceiling has started to crack thanks to changes that have galvanized engineering professionals to start dreaming for a career in STEM.

A sobering start to the International women's day celebrations in 2022

India’s journey with women in engineering started late, it wasn’t until the 1940s that the first engineering graduates made their debut in the Indian engineering scene. The illustrious 1943 batch of the College of Engineering, Guindy, was the first batch of students that had female  engineers. P.K. Thressia, Leelamma George, and A. Lalitha trailblazers were the three ladies who rewrote the rules of engineering education in India, and of the three A. Lalitha was one of the first Indian women in electrical engineering and was also India’s representative at the First International Conference of Women Engineers and Scientists.

What started as only 3 students in an otherwise male-dominated engineering field has since been transformed into an example of equality/diversity in education, with 43% all STEM graduates in India being women. Of the 38 million students who were enrolled into STEM fields in 2019, 10.6 million students are female and 11.9 million are male.

But, even though India Inc has a huge talent pool to select from, why is that then India ranks 112th in the Global Gender Gap Index?

There are a multitude of reasons for this discrepancy. Among these, societal and cultural factors are the primary reasons why there is a gender gap in engineering employment.

Gender-biases are embedded quite early on in a child’s development, with clear demarcations between the games that a male child can play against something a female child should play. These presets are carried through their development and lead to female engineers not having the agency to start their career in the domain of their choice. The problem is further exacerbated with no defined role-models for women in the STEM fields and a severe lack of female representation in academia. Career progression, at least so far, has been defined by long, continuous work history, with breaks having a detrimental effect on a career.

Of course, everything is always in a state of entropy and societal changes will take time. Before 1943 there wasn’t a single female engineering graduate and today India has the largest pool of graduates in engineering and sciences. Today young women all over the world understand what they bring to the table, and with a changing corporate culture that is becoming increasingly encompassing of differences, the number of female engineers will only increase in the years to come.

A decade ago engineering colleges and universities were the only places where corporations could look for engineering talent, and graduates were usually not the finished product. Companies had to invest their time and energy to train and transform graduates to engineers. When you are a female engineering graduate, this is another extra step that needs to be crossed before you can start your career.

How can Skill-Lync change the status-quo?

What if you were a female engineer who graduated in a domain of your choice, but your training at your college was subpar, and you were forced to start a career in another domain?

What would you do?

Skill-Lync isn’t a panache for all the deep-seated problems of gender-gap in engineering.

We are only the best at upskilling engineers to help them start their careers in their domain of choice. And maybe, that is one of the ways that we can look towards a future where we can go from female engineers to just engineers.

So join us in our mission to #sKillthebias