Comparison of bending in beams 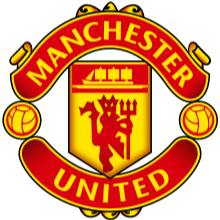 In this project work, the comparison between three different cross-sectioned cantilever beams is done. The beams have rectangular, I-section, and C-section as their cross-sections. The comparison is done in terms of stress, displacement, and strain produced during bending load conditions of 1500 N load. After the analysis, the best cross-section for bending is suggested.

The comparison between the three types of beams in terms of stress, displacement, and strain produced during bending load conditions.

A beam is a structural component. It normally resists all the loads applied laterally to its axis. The only mode by which it can be deflected is Bending. Bending is the behavior of the element when an external load is applied perpendicular to its axis. When the beam is fixed with one end and its other end is free then the beam is known as a cantilever beam. When the load is applied to the face perpendicular to its axis, the beam experiences bending. The bending of the beam induces internal stresses, strains, and deflections. The bending also depends upon the support, cross-section, length, and material. The study of these stresses, strains, and deflections is used to determine the best possible beam (in terms of support, cross-section, length, and material).

The task aims to check the performance of different types of beams in bending. The beams are extruded to 400 mm from the faces having dimensions mentioned in figures 1, 3 and 5. A load of 1500 N is applied to the smaller faces of all the beams i.e 40mm face of beam 2 and 45 mm faces of beam 1 and beam 3. The results in terms of Strain, Stress, and Displacement are to be compared and the suggestion of the best of the three is to be given.

For creating the model in SOLIDWORKS

As per the data provided in the challenge, the model was created on the SOLIDWORKS.

The various dimensions of the beam are shown in figure 1 (Given Data). Figure 2 shows the model created using the same data.

Figure 1. Cross Section of the rectangular beam (Given Data).

The various dimensions of the beam are shown in figure 3 (Given Data). Figure 4 shows the model created using the same data.

Figure 3. Cross Section of the I - Section beam (Given Data).

Figure 4. Three Dimensional Model of the I - Section Beam.

Figure 5. Cross Section of the C - Section beam (Given Data).

The material applied to the model was the same for all the models. The material used for the analysis is the Alloy Steel. The properties of the alloy steel are shown in figure 7.

The model was to be fixed at one end of the beam. This fixture will help the beams to be treated as cantilever beams. The fixture is applied to the face from which the beams are extracted. The fixed geometries are shown for all three types namely Rectangular Beam, I-section Beam, and C-section Beam in Figures 9,8, and 10 respectively.

A load of 1500 N was to be applied to the smaller faces of all the beams.

The load will cause bending and the results are discussed later on.

The meshing was done using the following settings for all the cases: